Warning: mysql_real_escape_string(): A link to the server could not be established in /www/htdocs/w00bb009/wordpress/wp-content/plugins/statpress/statpress.php on line 1191

Warning: mysql_real_escape_string(): A link to the server could not be established in /www/htdocs/w00bb009/wordpress/wp-content/plugins/statpress/statpress.php on line 1194

Warning: mysql_real_escape_string(): A link to the server could not be established in /www/htdocs/w00bb009/wordpress/wp-content/plugins/statpress/statpress.php on line 1197
 MQTT Table Football: Arduino, Raspberry Pi and Websockets | Forkbomb Blog

One of our main motivation refreshers in our office is our football table and we use it heavily every day. Someone came up with the idea: „Hey, why don’t we add some freaking MQTT support to the football table?“. Of course there was no argument against it and so we added the MQTT support and used a Arduino One for the job. To make things more interesting we decided against a mechanical goal trigger and used infrared sensors for detecting goals. To raise the motivation even more we used a Raspberry Pi to play goal celebration sounds on actual goals, notified via MQTT, of course.

To raise the nerd factor a bit more, we also decided to remove the built-in goal counter (which needed human interaction count up) and built a very basic small web application which acted as goal counter by using websockets to get MQTT messages when a goal was shot. This web application also implemented the logic when a player has won and published messages to the MQTT broker.

MyMQTT for Android was used as a remote control to reset the game with. With MQTT, of course. 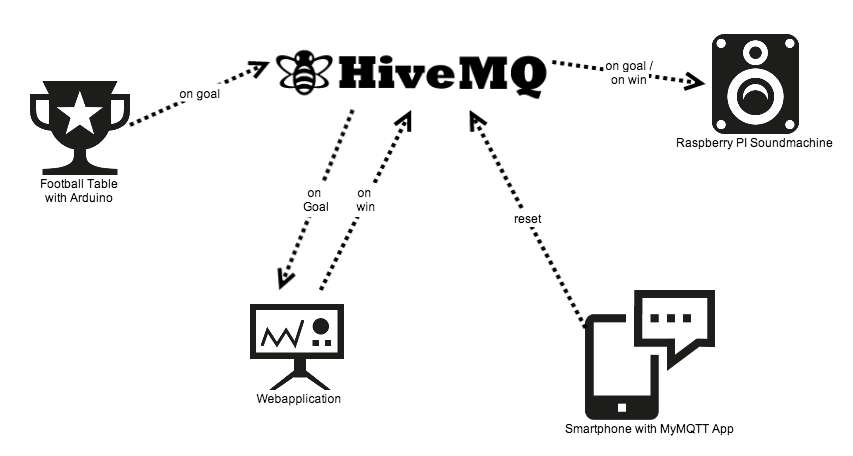 We brought the football table to an event a few days ago and it was the absolute highlight of the event. Everyone had great fun. 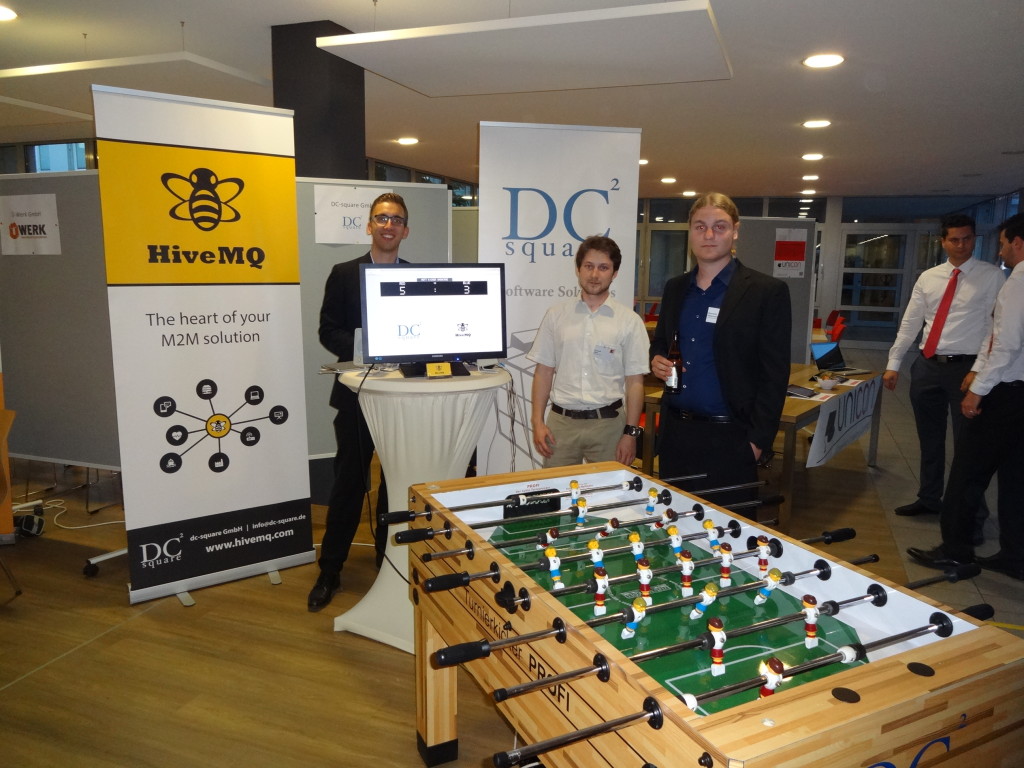 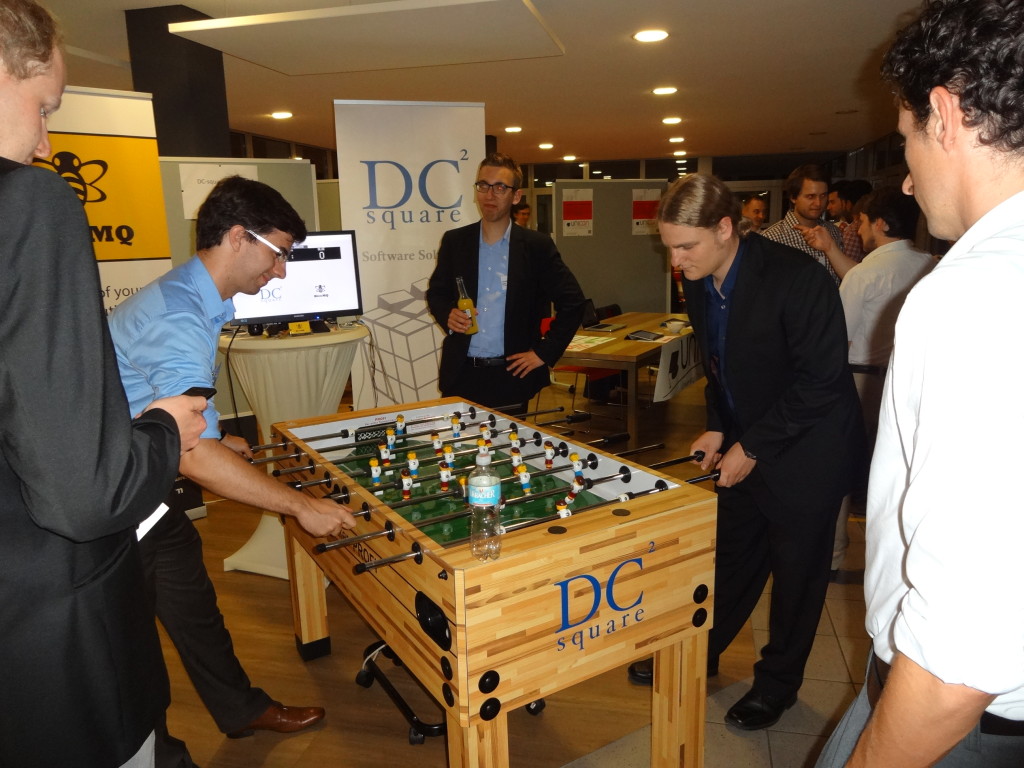